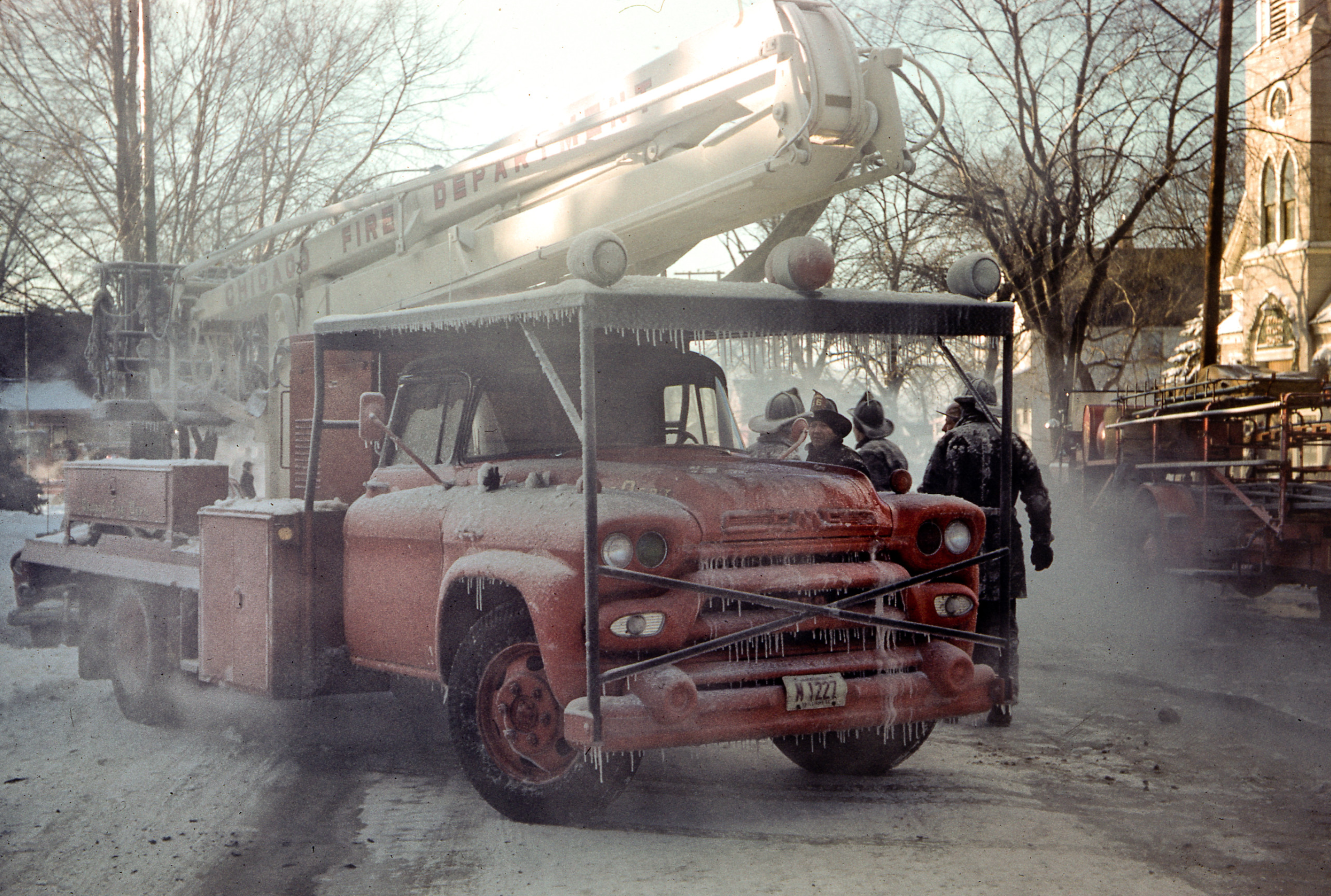 First snorkel, ever. Converted Park District vehicle that entered service in their green & yellow colors and ownership not transferred to CFD until 11/26/1958; returned to factory and had permanent piping installed on boom and a larger bucket added during early 1959 to officially make it a "Snorkel" instead of "Giraffe", thus end date for Water Tower 4 was likely earlier than listed; Snorkel 1 start date may have been 5/1/1959; metal canopy over cab removed by May 1966, and emergency lights relocated to cab roof with siren & bell on front bumper; removed from service after getting stuck in snowdrift during Great Chicago Blizzard of 1967; sold to Figgie International during the late 1970s to be restored and added to their museum